Step Away From the Scale 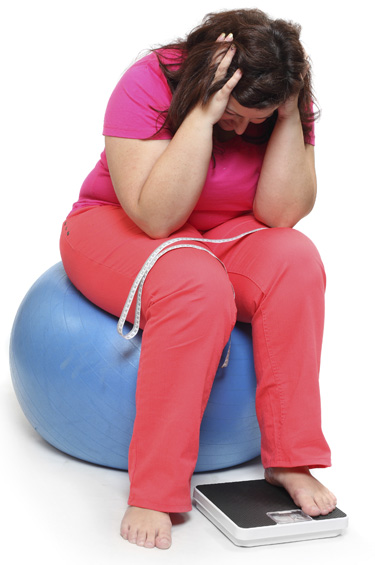 I ask my patients not to weigh themselves while they are working with me. Why? I’m going to lay out a hypothetical scenario as way of explanation. “Diane” has been doing really well eating healthier food, getting to bed on time each night, and taking a quick walk during her lunch at work every day. She’s been diligently weighing herself and the scale has been dropping by a pound or so every few days. About two weeks in she wakes up feeling good and steps on her scale like every other morning. But today it reads FIVE pounds heavier than the day before! One more pound than when she started! She thinks through yesterday trying to figure out where she “screwed up”. And very quickly proceeds to: “Well, this isn’t worth it! I’ve put in all this effort doing the right things and it doesn’t even matter! I might as well go back to eating what I want…”

Too often the scale simply isn’t a helpful tool. In my opinion, we have put way too much value in scale weight as a society. And sadly, nowhere is that more true than at the doctor’s office. A friend recently made a comment that she didn’t really want to have a check-up because she had PTSD – post-traumatic scale disorder. It was one of the most insightful comments I’ve heard in a while. Are you anxious about going to see your doctor because you know you’ll get weighed? Even worse than that, or maybe partly because of it, many of us have let the scale become a measure our own self-worth or character. Which is simply nonsense.

A number can’t tell you how healthy you are. I have taken care of many patients who have a “healthy” weight, but who are extremely unhealthy.

A number can’t tell you how well your body functions. I’ve measured impressively fit athletes who, if we used scale weight as the judge, would be labeled overweight.

A number can’t tell you how hard you are trying. Some of my heaviest patients have been putting in what most of us would consider Herculean efforts long before they came to see me.

And most importantly, a number can’t tell you how happy you are. This is an important truth patients have taught me – how much you weigh has very little to do with how happy you are. Unhappy patients do not become “happy” once they reach a certain weight goal. However addressing the issues in their lives that led them to use food as a way to medicate anxiety or depression, for example, definitely can improve mood.

Now this is not to say that scale weight is completely meaningless. It certainly is one of many markers that can suggest an underlying problem for a person. But scale weight is just one piece of information to be considered. In the example above, Diane’s five pounds was probably fluid retention. Which, if she’d stuck with it, would have been gone in another day or two. Her scale didn’t help her in her quest to become healthier. In fact, it completely derailed her. Some version of this situation is one of the most common reasons patients tell me they’ve given up on an attempt at healthier living.

So, maybe reconsider before you step on that scale tomorrow morning. And every day thereafter.