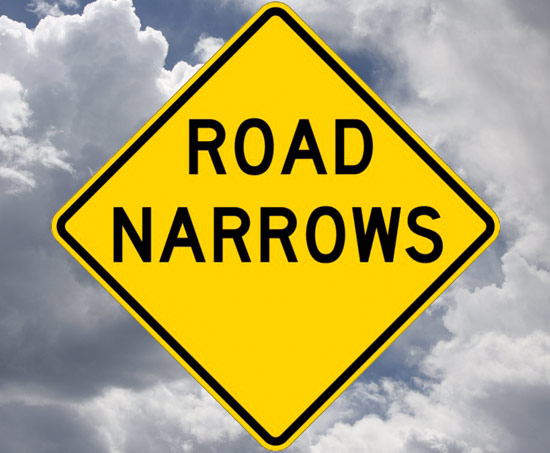 According to Kaiser Health News, Nancy Pippenger, without realizing it, bought a health insurance policy with a limited network of doctors, that also provides little or no payment for care outside the network. The result: she paid $300 out of her own pocket to see her longtime doctor…visits previously covered by her old policy. Such plans existed before the new health law, but limitations in policies purchased through the government-run health exchanges have come as a surprise to many people used to broader employer-provided coverage (or even individual plans they held before the law took effect).

It used to be, when talking about health insurance, the main thing that you typically paid attention to was the cost of your premium each month. Since the Affordable Care Act (ACA) was passed, however, insurance has changed so that many of us now have to become educated about details beyond simply cost of the plan. Things like high vs. low deductible plans, in-network vs. out of network coverage differences, coinsurance…all taking into account our estimated healthcare usage for the upcoming year, and comparing those potential costs against the guaranteed cost of paying significantly higher premiums for “better” insurance every month. November 15th will mark the start of the open enrollment period for 2015 health insurance plans purchased through the healthcare Marketplace at healthcare.gov (for Idaho residents, enrollment via the Idaho exchange, yourhealthidaho.org also starts on the 15th). So, the next two posts will deal with this topic because for 2015 there is another pitfall that most people have never even heard of…“narrow networks”.

Under ACA, health insurance plans sold through exchanges must meet specific standards for “quality” and comprehensiveness of coverage. To help people compare plans, they are organized into four “metal” tiers: bronze, silver, gold and platinum. States have enacted laws to ensure minimum “network adequacy”, but health insurance carriers generally have the ability to define and adjust the number, qualifications, and the quality of providers in their networks. They may also limit the number of providers in their networks specifically for the purpose of conserving costs. In so doing, carriers may narrow their provider choices to an extent that enrollees in these plans may have relatively or extremely limited options when choosing a doctor. And guess what: with a narrow network the insurer often pays little or nothing for out-of-network care (unless the service is not available within the network or it was an emergency).

Though insurance premiums soared for many Americans in 2014 (because of new regulations imposed by the law), those increases weren’t as high as they could have been. One reason is that insurers responded to these regulations with narrower networks. Insurers offering coverage through the new insurance exchanges drove a hard bargain with medical providers, and thus many of those doctors chose not to participate. Further, in some cases, it was the insurers themselves that chose to “non-renew” contracts with doctors. The end result was that Americans who obtained coverage through the new exchanges often found that they didn’t have as much choice when it came to doctors or hospitals. So, in addition to “rate shock,” people were also often later exposed to “access shock” when they tried to find a doctor.

According to researchers, insurance companies will likely further narrow the provider networks for the 2015 plans offered through the government-run exchanges. Narrow provider networks have become a leading cost control strategy for Exchange plans because regulations bar insurance companies from using many traditional methods such as charging higher premiums based on health status or pre-existing condition. Narrow networks were used for about half of the 2014 Exchange plans, according to McKinsey & Co. research. And, customers of such plans had little or no coverage if they sought care from a physician outside their plan’s network.

Next time we’ll talk about why this may not be such a great deal, and what the potential downsides are with these narrow network plans.